Bringing NVIDIA DGX A100
to the Cloud

Cirrascale will soon be enhancing what autonomous vehicle and ADAS companies can do with GPUs by offering the
latest technology in the cloud. Introducing the all new NVIDIA DGX A100.

Introducing the World's First AI System Built on NVIDIA A100

Every business needs to transform using AI, not only to survive, but to thrive in challenging times. But getting there can be a challenge, with most organizations struggling to scale the infrastructure they need to tap into the power of AI at scale. Traditional approaches to AI infrastructure involve slow compute architectures that are siloed by analytics, training and inference workloads, creating complexity, driving up cost, and constraining speed of scale. The enterprise data center is not ready for today’s AI. Enterprises need a new platform that unifies all AI workloads, simplifying infrastructure and accelerating ROI.

The Universal System for Every AI Workload

NVIDIA® DGX™ A100 is the universal system for all AI infrastructure and workloads (including AV/ADAS), built on the revolutionary NVIDIA A100 Tensor Core GPU and backed by over a decade of AI innovation at NVIDIA. DGX A100 is the single platform that brings together training, inference, and analytics into a consolidated system with optimized software that is the foundational building block for AI infrastructure. Backed by AI-fluent expertise that comes with every DGX system, NVIDIA DGX A100 speeds the end-to-end lifecycle of enterprise AI across planning, deployment and on-going optimization. 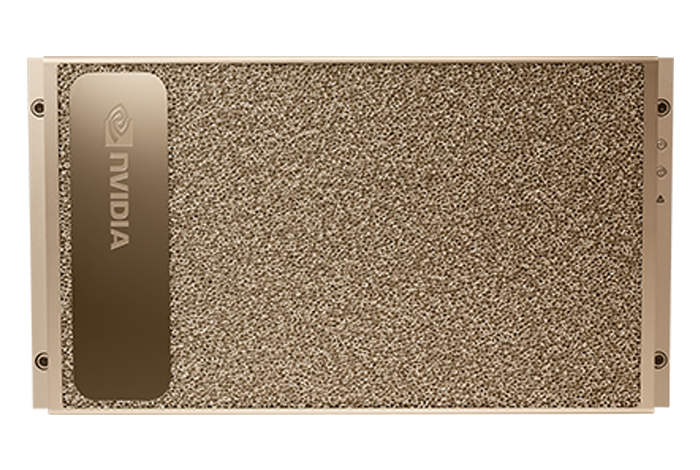 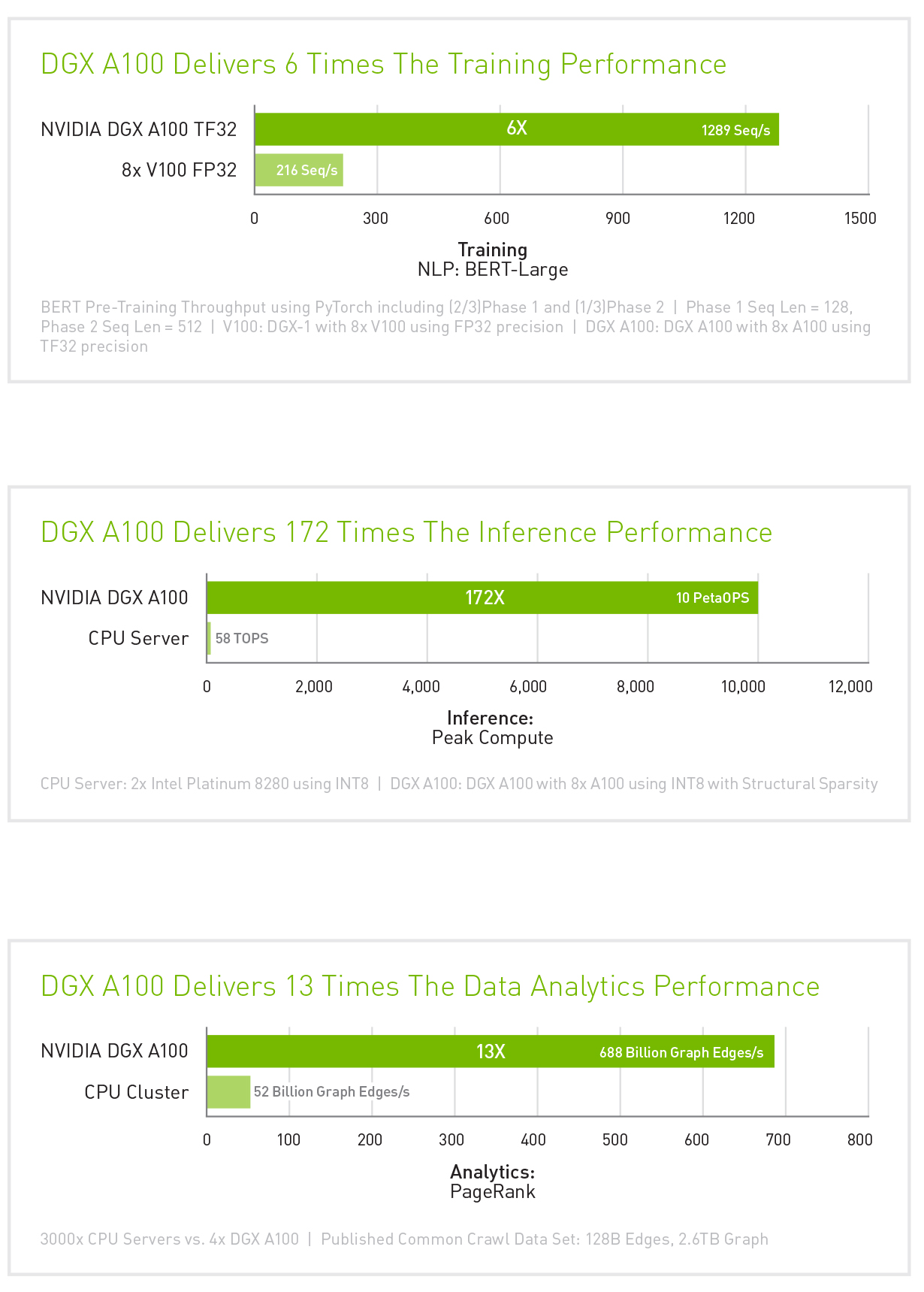 NVIDIA DGX A100 features eight NVIDIA A100 Tensor Core GPUs, providing users with unmatched acceleration, and is fully optimized for NVIDIA CUDA-X™ software and the end-to-end NVIDIA data center solution stack. NVIDIA A100 GPUs bring a new precision, TF32, which works just like FP32 while providing 20X higher FLOPS for AI vs. the previous generation, and best of all, no code changes are required to get this speedup. And when using NVIDIA’s automatic mixed precision, A100 offers an additional 2X boost to performance with just one additional line of code using FP16 precision.

The A100 GPU also has a class-leading 1.6 terabytes per second (TB/s) of memory bandwidth, a greater than 70% increase over the last generation. Additionally, the A100 GPU has significantly more on-chip memory, including a 40MB Level 2 cache that is nearly 7X larger than the previous generation, maximizing compute performance. DGX A100 also debuts the next generation of NVIDIA NVLink™, which doubles the GPU-to-GPU direct bandwidth to 600 gigabytes per second (GB/s), almost 10X higher than PCIe Gen 4, and a new NVIDIA NVSwitch that is 2X faster than the last generation. This unprecedented power delivers the fastest time-to-solution, allowing users to tackle challenges that weren't possible or practical before.

The World’s Most Secure AI System For Enterprise

NVIDIA DGX A100 delivers the most robust security posture for your AI enterprise, with a multi-layered approach that secures all major hardware and software components. Stretching across the baseboard management controller (BMC), CPU board, GPU board, self-encrypted drives, and secure boot, DGX A100 has security built-in, allowing users to focus on results rather than threat assessment and mitigation.

Cirrascale Cloud Services is known for its unmatched ability to work with customers to scale and support their AI workloads with ease. The DGX A100 debuts next generation NVLink and NVSwitch that are 2X faster than the previous generation and Mellanox ConnectX-6 VPI HDR InfiniBand/Ethernet network adapters with 450 gigabytes per second (GB/s) of peak bi-directional bandwidth. Most cloud providers can't provide the combination of massive GPU-accelerated compute with state-of-the-art networking and scale to hundreds or thousands of nodes to meet the biggest challenges such as autonomous driving and large scale image classification.

Cirrascale Cloud Services provides multi-tiered storage options that produce higher throughput and can serve millions of small, random files to GPU-based training servers accelerating overall training times. Cirrascale is the only provider that works with you to tailor your cloud instances to increase performance, remove bottlenecks, and optimize your workflow. Our team can help you build out your perfect infrastruture and work with you to power your autonomous vehicle development. Now every enterprise can rapidly build TOP500-class infrastructure to power AI innovation at scale thanks to NVIDIA DGX A100 and Cirrascale Cloud Services.

Dive Deeper and Learn More about DGX A100

Download the NVIDIA DGX A100 data sheet for moe information about the DGX A100 as well as detailed system specifications, comparisons, and more.

NVIDIA DGX A100 systems will soon be part of our cloud service offerings. Customers can sign-up for preview access for DGX A100 for AI and deep learning research and development.

You’ve purchased the world’s most powerful AI system to handle your most complex AI challenges, so why not ensure that you can spend time using it instead of managing it.

Ready to Preview the NVIDIA DGX A100?

We're excited that you've decided to preview the NVIDIA DGX A100 server. NVIDIA DGX A100 features eight NVIDIA A100 Tensor Core GPUs, providing users with unmatched acceleration, and is fully optimized for NVIDIA CUDA-X™ software and the end-to-end NVIDIA data center solution stack. NVIDIA A100 GPUs bring a new precision, TF32, which works just like FP32 while providing 20X higher FLOPS for AI vs. the previous generation, and best of all, no code changes are required to get this speedup. And when using NVIDIA’s automatic mixed precision, A100 offers an additional 2X boost to performance with just one additional line of code using FP16 precision.

Please completely fill out the form so that we can contact you to schedule your preview. 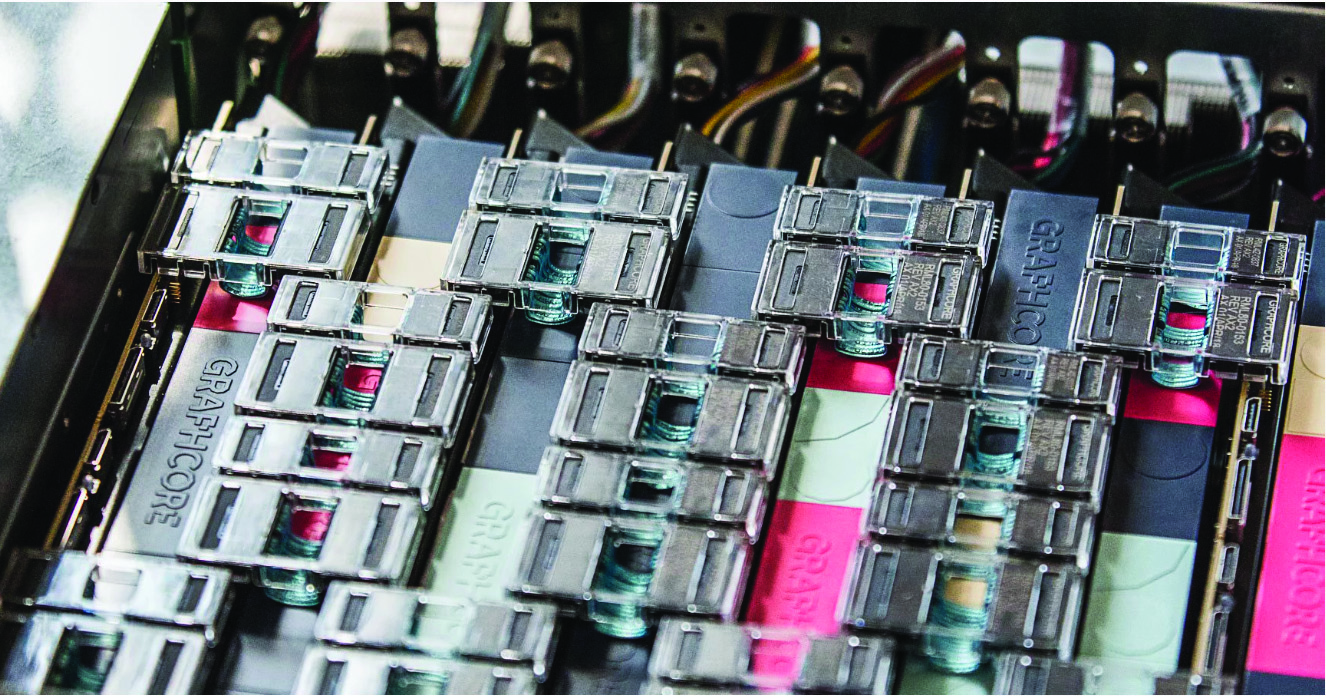 Qualify for a Free Trial

Please completely fill out the form to have one of our account managers contact you to learn more about Graphcore IPU accelerators and Graphcore Poplar software, and to see if you qualify for a free trial. You should receive a response within 24 hours from our team.